Hua Dan has worked in partnership with schools and community centres in Beijing to reach over 3,800 migrant children to date.

Hua Dan has helped shape the individual capacity of over 1000 migrant women based in Beijing, giving them the confidence and skills to transform their lives.

Hua Dan delivers inspirational workshops in partnership with community organisations and commercial enterprises in China, to empower individuals from all classes of society with skills that improve their employability, social mobility and quality of life.

The second Scheherazade Foundation initiative (under the working title ‘The Grisettes’) is based out of Paris, working with both Asian, North African and Middle Eastern immigrants to Europe. White Dove Project is the first of these efforts, working with displaced and refugee women and children in France, and via Skype for women in besieged Syrian cities.

Refugee and displaced women and children are facing the emotional and psychological trauma of war, combined with the need to adapt to their new reality, finding jobs, learning language and supporting and sustaining their families. The White Dove Project provides participatory theatre workshops that empower them to develop the confidence, leadership, creativity and communication skills necessary to overcome the challenges and build new lives and hope for the future.

Hua Dan is the first Scheherazade initiative, and was founded in 2004 by Caroline Watson in partnership with the participants of the first workshop. The main focus of our work is with the migrant population of China, individuals at the cusp of the enormous rural to urban migration that is taking place as part of China’s growth. The majority of our work is with migrant women and children.

Since its inception, Hua Dan has trained 10 migrant workers to work with over 23,000 people across China. The organization has received a great deal of both national and international recognition for its work.

You can learn more on the Hua Dan website.

Donations can be made through our Hua Dan page on ammado to support Scheherazade Foundation projects. 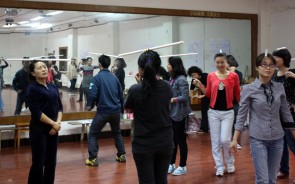 Scheherazade Projects in the Media 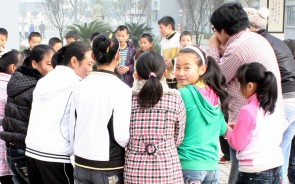